Mr. Verzegnassi Egone is the young man who,  in 1968, builds up his workshop in the center of the town  in the  same courtyard where his father, a stone cutter and cementer craftsman, used to work.
A few years later, thanks to self-sacrifice and investments, he can afford the purchase of a plot of land where he builds his equipped plant which is quite technological for the times. As years go by with the increase of  the amount of work, more and more equipment is necessary to meet the market requirements.
Egone, whose best point is “Never give up” keeps expanding his workshop always with the latest technological tools.
The raw materials used in the workshop are finer and finer and with increasing standards of quality.
This, combined with  his skill,  makes him an estimated and well-known craftsman.  He becomes well-known also across the border, in Slovenia. Some of his customers still keep an affectionate and grateful memory of him. Unfortunately in March 1989 Egone dies at the age of 52. He leaves a  wife and two sons, Stefano, 24 and Francesco, 11. The firm, only after a few days from his death, opens again for a new start because all the people involved in the activity still believe, love and live for the project born since a few years before.
After some time, Stefano, after his studies a building surveyor, and Francesco, who has become an industrial technician, bring the firm  to a turning point introducing the equipment with ccn machinery. In 2004 with a view on the future of the new commercial area of Villesse, a plot of land is acquired to make it the site of the new factory which opens in 2006 with large exhibition areas both inside and outside.
To meet  the demand coming from the sector of home furnishings,  the workshop is equipped with additional machinery so that the  production cycle is now complete, from the stone to the manufactured product, with a good response from the market also outside the region. 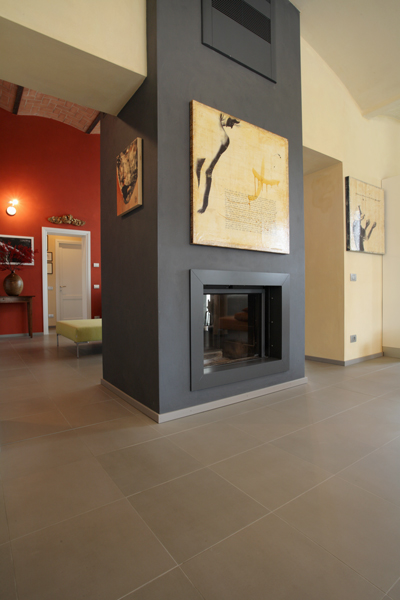 Nowadays our customers can design and develop projects with a high grade of complexity and realization with materials both natural and conglomerated.
It’s always with a great satisfaction that we can now see the realization and laying down of the renders we receive also from some extra-European building sites.
We can say, now in 2015, that Egone would be very proud and pleased about the achievements of his firm. In 2016 we are planning to add some  investment for new pieces of precision machinery for the cutting of different materials.
As the journalist Oriana Fallaci said, life has 4 meanings: loving, suffering, fighting and winning. He who loves, suffers, who suffers fights and who fights wins. Love a lot, suffer a little, fight as hard as you can, win always. To win you need to believe in what you are doing and to love it.

The manufacture of the Verzegnassi  family has been dedicated to the stonework of marble, stone,  granite  and conglomerated material since three generations  ago.
Grandfather Giovanni, master stone cutter, restored St. Stephan cathedral in Vienna in  the ‘50s, in 1958 the Verzegnassi Egone Firm was born thanks to his son Egone who,  with self-commitment and investments,  established a new site for the firm with special machinery and tools technologically advanced for the times.
In 2006 Stefano and Francesco brought  the firm to a turning point with a new site which has a large display area for stone slabs and manufactured  products.
It’s  a long time since the shaping wire, the numerical controls and  the milling cutters work to meet the requirements of architecture studios, furniture makers and single customers, from the render to the final laying down both in Italy and abroad.

Scroll to top
Cookies help us offering you quality services during your navigation. This site uses also third-party cookies. For more information or to refuse them, visit our Cookie Policy. Continued use of this site indicates that you accept this policy.OkMore information